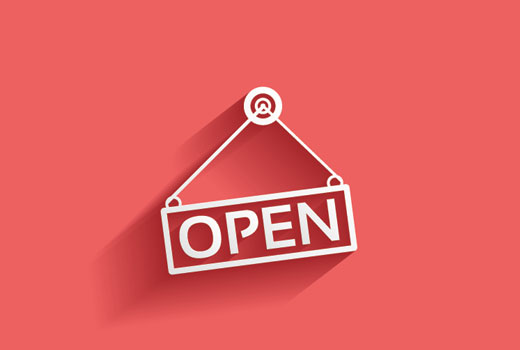 It has been known a few days ago the intention of the Autonomous Community of Madrid to deregulate business hours. Any trade may have its doors open 365 days a year.

In order to make this decision, the regional government has based itself on the results of the application of this measure in the Zones of Great Tourist Influx and predicts that this liberalization would create more than 20,000 jobs. It also ensures that, by enabling this measure the opening on public holidays of large shopping centers, it would make it easier for customers to buy from small businesses in the area.

As always talking about deregulating schedules, is presented as the main beneficiary to the consumer, who would have more hours to make their purchases.

However, with the complexity of making predictions in these cases, I would like to point out some clues, in the form of questions, that would conclude that deregulation might not be as beneficial for the client and other collateral effects no less important:

Better coordinate or deregulate? In specific areas and at specific times of the year, closures are not coordinated for holidays of some shops with the influx of tourists. Sometimes, this supposes a loss of tourist attraction and a diversion of resources to other border areas with more permissive regulations. If a reasonable calendar were coordinated, it would not be necessary to deregulate, in all the communities there would be the same schedules.

Is the problem of schedules or consumption? Anyone who spends a few hours to travel any type of trade will easily notice that a large part of the business hours is of scarce public affluence. Not a few stores, and even shopping centers, have adjusted their schedules to focus on the most productive hours and, thus, save personnel costs.

More sales or more concentrated? I believe that, with the current schedules and with the exception of certain tourist areas and some times of the year, few customers have problems to make their purchases. Therefore, the fact of having more holidays will, possibly, cause consumers to postpone certain purchases to organize various leisure activities around them. Nothing they are not doing already, but counting on some other day. Here, the big beneficiaries would be the big shopping centers and the small businesses and proximity would be affected, which would see their sales cut on weekdays.

More hours, more expenses? More open hours means more expenses, both personnel and current expenses. These expenses would only be profitable with a significant increase in sales, quite unlikely given the current time. Large companies are easier to distribute their staff in shifts concentrated in the days and times of greatest demand. Thus, they could amortize the increase in expenses with a lower increase in sales.

More hours, less sustainable? From the energy point of view, is a dependent country, we must buy energy because we consume more than we produce. More open hours, means greater energy expenditure. This does not seem a very sustainable measure.

And the conciliation? An important part of the small business is family type. Extending the schedules and opening on a holiday will be little compatible with family life. This already aggravates an unsustainable situation already, in many cases, given the current schedules.

More jobs or underemployment? Many companies will stretch their templates, even more, to cover the largest number of opening hours. The rest of the hours will be covered by contracts of low quality and, therefore, of a lot of rotation. To a large extent, this will be to the detriment of customer service, both in terms of quantity and quality.

An attack on the bordering provinces? Some neighboring provinces, with more limited hours or with few possibilities to make profitable an extension of the schedule or a larger number of openings on holiday, will see how a part of their billing is diverted in these days, usually decisive in the annual results account.

An attack on the small business? Even being in the same province, the small business will lose turnover by not being able to compete against the offer of shopping centers and trade concentration areas. Added to the loss of sales caused by the crisis and the more than likely increase in VAT, will form a lethal combination, which will lead to the closure of many small and medium businesses.

Will it really benefit the consumer? Apart from a greater freedom of schedule, which each will assess if it is really so necessary, it does not seem that many more advantages are offered. On the other hand, if this measure causes the closing of a part of the small and medium-sized trade, the consumer will be harmed when his / her capacity of choice is reduced to an even more standardized trade.

Who benefits? Possibly, the companies that manage the big shopping centers, which will raise the amount of the rents of the commercial premises, and the great distribution, when concentrating in their businesses the bulk of the invoicing in the holidays and when disappearing a part of the small and medium trade, will be the most benefited.

Time will tell how many of these answers will be successful but, right now, do you agree with them or do you have any other approach to contribute?