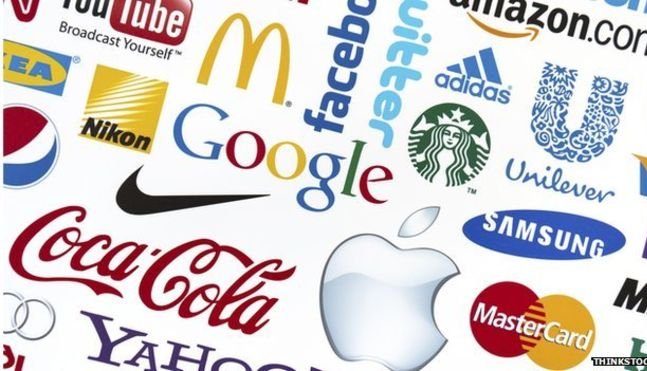 BRANDUCERS 2012, the second edition of the first Forum in Spain dedicated to Branded Content, was held as part of the IV Edition of the Vitoria Television Festival. The Forum gathered brands, media, agencies and producers to discuss points of view, news and future of BRANDED CONTENT.

The best of Branded Content
Risto Mejide, Creative Partner of AFTERSHARE.TV and 60dB Entertainment, was in charge of giving the kick-off to the new edition of BRANDUCERS. His assessment of the season is “very positive, because the chains have opted for Branded Content and the brands have started to believe in him”. A presentation in which he launched a challenge: “The idea is that today the speakers tell us what the hell is that of Branded Content”.

Marc Ros, founding partner of AFTERSHARE.TV and 60dB Entertainment, took the stage as a member of the jury of the last Cannes Advertising Festival in the Branded Content category. Ros reviewed the best cases awarded to the precious Lion. “A content can always relaunch the values of the brand,” he said.
Campofrío and Telefónica, two brands that bet on Branded Content

Next, Juana Manso, Director of Marketing of Categories and Media Director of Campofrío, opened the chapter of the brands counting the successful comic campaign, carried out by McCann.âÂ “The good news for Branded Content,” he said. “Is that in 2012 people are not forced to see ads.” The recipe that Manso proposes is to respect the essence of the brand, to develop a communication that makes consumers fall in love and to add value: “In advertising you have to dare”.

Likewise, he assured that the brands should be “facilitators of meetings and not navels of the world, because the ego is the worst enemy of Branded Content”, and that humor helps create content.
Next, Rodrigo Pineda, director of New Business, took the stage at Branducers 2012 to ensure that “I have no fucking idea what Branded Content is.” Although he could assure that “the first lesson of Branded Content is: ‘do not put your brand directly, because it provokes rejection'”. Pineda believes that Branded Content “is the new way to make fans of brands fall in love”. In this way, you can build trust and reconcile the brand with the consumer.
Arena Media and the role of the Media Agency

After the brands, and following the logical arc of any Branded Content project, David Colomer and Alfonso González Callejas, director general and director of strategic planning of Arena Media, respectively, took the stage. Colomer began his presentation by assuring that the Media Agencies “are the plumbers of the whole process”, and that they had taken the stage “to talk about successes, but also about experiences”. One of them was Woody Allen, and it referred to a beer brand that tried to insert its image in ‘Vicky, Cristina, Barcelona’. “We learned how difficult it is to manage the vanity of a film director,” said Colomer, and concluded: “Sometimes a failure can be a great learning”.

After the Media Agency, Toni Segarra, creative director of * S, C, P, F …, and Risto Mejide met on stage to maintain a “creative dialogue”. In a relaxed atmosphere, Segarra joked with the definition of Branded Content: “it’s something that will build an audience”. Risto Mejide reflected on the increasing difficulty of being relevant, to which Segarra responded that “we must start communicating like Steve Jobs, from the product”. The two creatives warned that the danger of technology is “that we focus on the tools and forget the concept. The future is of ideas. ” To conclude, Segarra said: “Branducers should grow and continue to exist next year; It is well thought out and what needs to be done is to last. ”

The future of Branded Content, according to Avi Savar

Finally, Avi Savar, founding partner of Big Fuel and President of the Jury of the last Cannes Advertising Festival, could not come and gave his speech through a video conference. Savar talked about the trends in Branded Content and explained the four basic rules for a project to be successful: tell a story of people, not brands, that is relevant to the consumer, that connects emotionally with him and that involves him; that connects with the values of the brand; that generates content that facilitates its dissemination through the web, in such a way that it is viralized and even generates news in the media; and, finally, that generates significant income for the business.

Fernando Carrión began by saying that “Branded Content occurs when a brand appropriates a specific attribute, but generates experiences and emotions.” He predicted that functional brands, without emotional connections with the consumer, “will die”. The solution so that it does not happen: “generate positive emotions, so that people speak well of our brand”. And, of course, “what you have to do is try and take risks”.

Matías Dumont insisted that “Branded Content has to touch the fiber, because if not, it does not have life”. For his part, Juan Monzioli defined Branded Content as “content promoted and financed by a commercial brand that is not dedicated to the production of entertainment.”

Eduardo Prádanos made reference to the controversy raised by the “Ecce Homo” of Borja restored by Cecilia, who has touched the fundamental axes of transmedia: “the collaboration of the audience, the different points of history and the creation of a universe”. With regard to Branded Content, he said that “when the brand is integrated into the process of making a story, different things can be done”.

Finally, Javier Regueira explained that “it is important that the consumer feels attracted to the content to become a friend of the brand.” And he pointed to a solution to the crisis in the sector: “generate viralizable contents”.

Enrique Darriba (CEO of 60dB Entertainment), Daniel Martínez-Tessier and Sergi Zapater (Spotless’s Founder Members) talked about the role of producers as intermediaries in the process of developing Branded Content. Darriba opened an interesting debate among the directors of some of the most active producers in Branded Content, who participated from the stalls. “Branded Content has to respond to the needs of the brand, but also those of the chain,” concluded Sergi Zapater.

Miguel Ángel Jiménez, Director of Special Initiatives, took the stage at Branducers 2012 to discuss the possibilities of marketing Branded Content as a special initiative. Distinguishing between “those who spend and those who enter,” he indicated that Branded Content unites “the core of expenses with that of revenues, for which we are condemned to understand each other”. Jiménez was very clear when talking about the pressure exerted by advertisers to get their Branded Content projects programmed, and asked the audience who assumes the risk of failure. “We need to build an audience, so Branded Content has to add, because to subtract we are already there,” he said ironically. And he ended up saying that they have several projects on the table and interest in doing them: “if the idea is good, let’s go forward,

To close the second edition of Branducers, the heads of the contents of four channels that program Branded Content spaces on their grid met on stage: Laura Abril, Editorial Vice President of MTV; Sergio Calderón, Director of Divinity; Mar Martínez Raposo, Director of Own Production of Neox, Nova and Nitro; and Vincent Sourdeau, Content Director of Boing, Cartoon Networks and Cartoonito. Laura Abril said that “MTV has the challenge of developing content in which the chain collaborates.” Sergio Calderón invited “to find the way to produce where all the parties are identified and we leave winning”. Mar Martínez Raposo, meanwhile, spoke of the importance of professionalizing content producers: “it is not worth having someone know someone of the brand and bring a project; behind there must be a production company that inspires confidence “. Finally, Vincent Sourdeau said that “we are committed to a co-production model that reduces risk and allows us greater creative freedom”.

The next edition, with Awards

The act was presented by Luis Larrodera, a master of ceremonies with a lot of sense of humor, who encouraged the attendees between lectures.

Risto Mejide closed BRANDUCERS 2012 announcing the third edition of BRANDUCERS for next year with an important novelty: the creation of awards that recognize the best Branded Content projects.