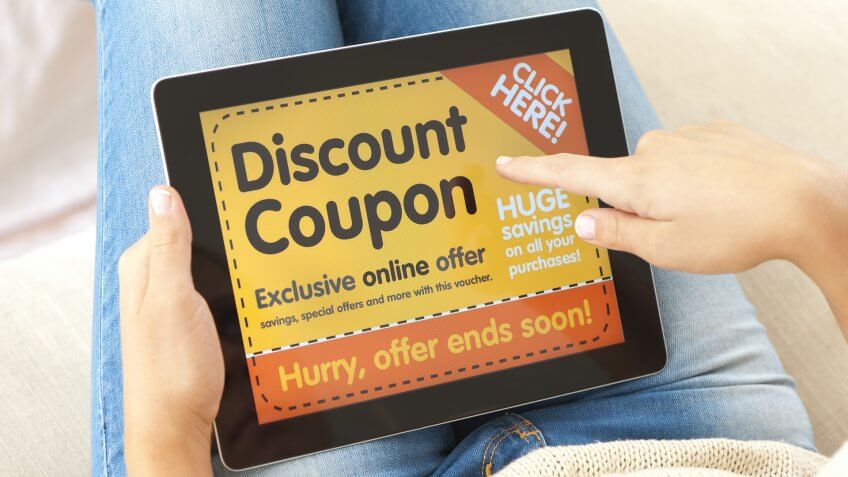 The use of digital coupons is growing rapidly and for this year, eMarketer forecasts that almost half of online consumers will redeem them either online or through the store. The increased use and acceptance of mobile coupons ensure their growth, he added.

“Several factors explain the increase in the issuance of digital coupons,” explained Jeffrey Grau, analyst at eMarketer and author of the report “Coupon de Groupon: New Channels for an Old Tradition,” stating that “the recession, the growing use of the Internet as commercial center and research channel, and the immense popularity of sites of agreements of the day such as Groupon or LivingSocial, have created a new way to deal with online shopping “.

EMarketer’s estimate is that 88.2 million US adults will trade an online coupon or code (both online and offline) this year, at least once.

Many of the coupons are treated directly on the sites, where users pay for them in advance and receive a large discount in return. Morpace reported that 32.5% of Internet users have downloaded Groupon coupons. Unlike the users of online discounts, those of Groupon are young (18 to 34 years old), tend to be women and married, but by narrower margins of those regular users of online coupons.

Also, according to a report by Experian Hitwise, the age profile of users seems to be changing, determining that in the four weeks of January 37.5% of users who visited Groupon were older than 55 years.

“Daily deals sites like Groupon or LivingSocial mainly cater to small businesses,” Grau said, adding “but national brands are intrigued by their potential and have launched several offers of this style. Before taking that path, brands must understand that daily offer sites and regular online coupons belong to different demographic segments and meet the needs of varied people. The two types of sites have completely different business models, which affects how the offers are structured. “