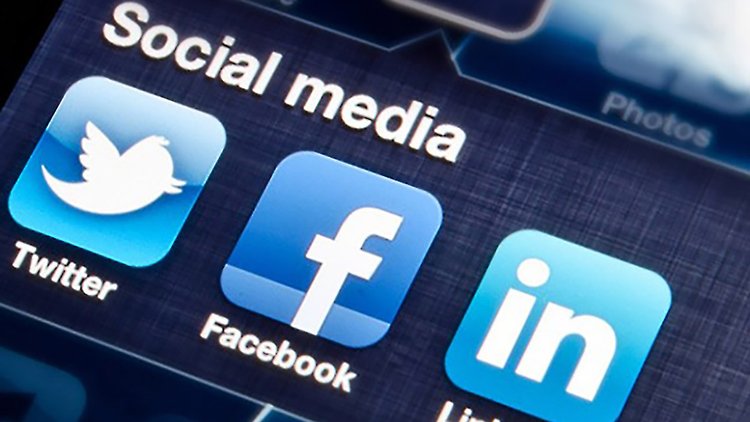 Without the emergence of the internet as a new medium, it would not have been possible to create the tools or the necessary channel for social environments to develop between people, who are born and are developed every day in social networks.

But communication on the internet has not always been so, the first communication on the internet between two people was by an email, then came the forums, which dealt with topics related to a specific topic, but the communication was not in real time and that prevented the possibility of generating effective communication. At that time there were Chats, who does not remember the IRC where you entered rooms related to themes or social affinities, MSN Messenger, ICQ and other messaging programs that allowed us the possibility of having a real-time communication medium but with many limitations, since none of these communication channels and others that I have not added, because of their limitations did not allow us to create and participate in social environments at all levels.

networks have allowed us to take advantage of the possibilities that the internet offers us to communicate by breaking physical barriers, being able to participate and create dynamic social environments, with groups of people that we did not know about them from childhood or relate to others that are in the other part of the world. This new dimension of social environments, created thanks to social networks on the internet, is supposing a revolution in the world of communication. It is clear that the success of social networks is in the possibility that they have had to seamlessly integrate social environments. This is the fundamental basis on which the social media revolves.

We are attending a real Boom, we have Facebook, Twitter, Linkedin, etc. Even in the soup!! They have such a leading role, that many media and professionals have turned social media into the axis on which online marketing has to turn. Gurús preaching to the four winds that all the companies have to be if or if in the social networks, that if they are not, their businesses do not exist in Internet. I think these are bullshit as a temple words are too strong and radical. I say that companies, if they are not in social networks, will not be able to exercise total and immediate control of the communication influence of their Product / Brand, but they will have presence on the internet and much,

As in any market niche that suddenly becomes fashionable and generates a huge expectation, here is a lot of opportunist who gets on the car and sells the motorcycle to make its August, we must be alert and know how to differentiate professionals who have spent years working in this sector and evolve with it, and the opportunists who have appeared from nowhere and can waste much time and money. So Social Media is not fundamental for companies? Are companies that have customers as other companies interested in actually having a presence on social networks?

A few years ago working in a company, some colleagues found that in forums about a topic related to our products, customers and potential were talking about our products, even potential customers asked their opinion to customers who had already purchased those products, had created threads in the forums where sometimes you spoke well and in others you spoke badly. On the part of the company decided to try to participate in the forums discussions, the attempt was a failure, basically because we were not able to create the correct client-brand communication environment, eventually I understood that part of the blame had it that the medium (a Forum) did not allow us to create a true social environment of communication.

Today companies have the possibility of interacting with the social environments in which they can find our potential, moreover the most interesting and positive is that the brand can create social environments in which it invites to enter their customers and potential, offering them the possibility of being members of a great wealth of communication between customer-brand-products.

If we manage to create this climate of communication, we will be able to obtain in social networks more possibilities to promote our products and services with a higher profitability than in any other advertising medium. The culmination for a company with presence in social networks, is when you get the users themselves talk about you in a positive way and sell you to other users, the best communicator of a brand, not a great Comunity Manager is a customer really satisfied , to have this very clear. The value of the followers

I want to make it clear that in social networks, brands have to interact intelligently with their followers, because if not, what can happen is that one day you throw a question to your tousy thousand followers and no one answers you. This happens because of the following. If you do not bring enough value to your followers, they will forget you and will hardly listen to you. Imagine on twitter, if you send a message when a follower is not reading your time line, this is not going to read and most importantly, if you are not important to him either, he will not have you added to a list so he can read you later in detail, the message will inevitably be lost in the depths of your time line. In social networks we not only have to get followers, but to become an influential brand or reference.

All this work in social networks takes time, not to arrive and kiss the saint, we are not all like Sergio Ramos that apart from having a community of 1,790,000 “I like” Facebook and with another community of 2,290,000 followers on Twitter most of those in your community are looking forward to your comments.

On this topic what I want to make clear, is that companies in social networks the first thing they have to do is listen, then participate slowly in the conversations. Brands can not be publishing links with news of others and communicating in a single direction and is that many brands still do not know how to participate in social networks, the secret is that they are able to create a social environment of communication, in which the brand speaks to its followers. Anyway this is a totally new environment, there is much to do and much to learn. Profitability of social networks for companies

To give you an idea, doing the job well, the return in social networks for an unknown brand starting from scratch, is at least after six months or a year of work. If you want to get a return in less time, without knowing God. Put yourself in the hands of a great professional in the field, create the best content ever seen, and viralise yourself as a plague in social networks, I still wish you good luck.

Is it worthwhile to be on social networks with the great effort it entails? At first I say yes, because to date there is no other channel that can offer you greater possibilities of promotion and projection at a very low cost. But before launching, an expert in Online Marketing, I repeat an expert in Online Marketing, has to do a study and plan a campaign, in which the Community Manager will have defined the work to be done in leading the communication of the brand in social networks.

In any case, it is necessary to prioritize the needs in the companies, the marketing managers of these, the business generators, they have to decide if they should bet on the social media or if it is not yet the moment, what if I leave clear is that there are business sectors that if your target audience is final, I recommend that you must be in social networks to create social communication environments, communicate, talk with your potential, position your company as a benchmark in your sector with a blog and share your post in the social networks in which you have presence. If your target are companies, your presence in social networks is not so important, but if it is advisable, plan to make the leap when you have the time and an online marketing professional that can advise and guide you.