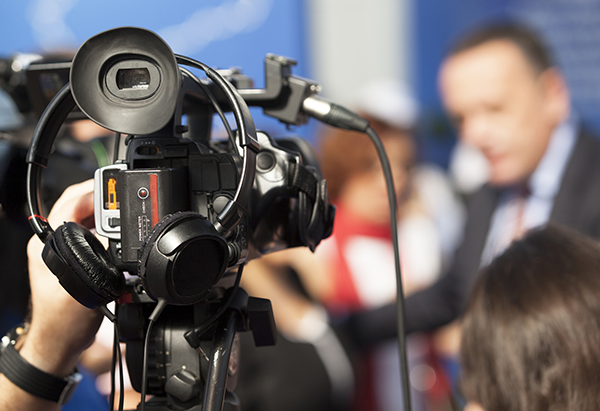 At the height of social media, the boom of social networks, “followme” and “Like”, everything seems to be a real rose garden, almost a utopia. The era of social and sharing. Under this scenario many thought that being present in social networks was even a bargain. Baratito and above all free. And much more than all that. Also many people thought naively that because of all this and that eagerness to keep increasing followers, that to give a little hype with that of “we are on Twitter” would always remain an act of courtesy in any type of medium. But the television came.

Watching television ads where brands show information about their social profiles or that of “find us on facebook” is becoming more habitual. Let’s just say it’s like killing two birds with one stone. A way to take advantage of the same support to launch our message through a spot of those creatives, and also make an invitation to call social action and capture new fans and fans. Something that also begins to be habitual in all type of programs, newsreels and gatherings where many guests and tertulianos make their small sketch with that of “my account in Twitter is …”. And we are no longer talking about the new way of labeling the profile of the professional who participates in the debate so that we can all follow it in social networks.

Recently we address some  success stories  such as the television program “Punto Pelota” in the new era of television presenters and 2.0. Now the presenter 2.0 has a goal, create communities around a content. It is no longer just to measure the audience, but also to connect with it and generate practices that engage the viewer. With social television, the presenter influences social networks.

The normal thing is that this was an increasingly widespread trend. However, in this medium of communication such as television, it seems that they have jumped the alarms after this type of practices to the point of censuring or prohibiting to promote such social profiles. I am struck by the surprising and interesting experience told by  Juan Diego Polo  through wwwhatsnew, where first – person recounts the ban say “Twitter” and “Facebook” on Globe Brazilian television channel.

“Everything was fine until, minutes before starting to record, I was told that I could not say the word” Twitter “during the interview, since they could not advertise or use the mark without permission,” says Juan himself. Among its conclusions deduces that some of the possible reasons. “It may be because of fear, or the fact that many TV presenters were starting to have millions of followers on social networks for spreading their channels in programs, followers who would go with them in case of going to another channel “, Concludes Juan in his article.

Undoubtedly surprising but not at all unreasonable understanding such an argument and seen from the point of view of the television networks themselves, which in the end are companies or businesses where the competitiveness is really hard and fierce. Another thing would be to question whether the television networks should be social in this sense and what are the best ways to do it and prove it without being threatened by it.

Having said that, I doubt if this scenario was transferred to the commercial battle, it would extend such a ban to brands as a plus to pay for promoting their social profiles through their ads or even in any other television space. And it does not seem so far-fetched when in this particular case of Brazilian television, it also seems that not only are these mentions prohibited, but also “advertising companies are prohibited from disclosing their social network channels without going through cash and paying extra” .

This kind of new “censorship” of the interests of television networks, for many may not make sense and is considered an anti-social practice in modern times. For many others, it can be logical and based on the promotional objectives of those who resort to this type of practice. The question is, if this prohibitive tendency will finally be extended and if there are many more the chains that actually put it into practice. Seen the seen, the television seems that it has more clear, if it pretends to be social knows that before it must happen by box. Do you agree? Censorship or TV business?