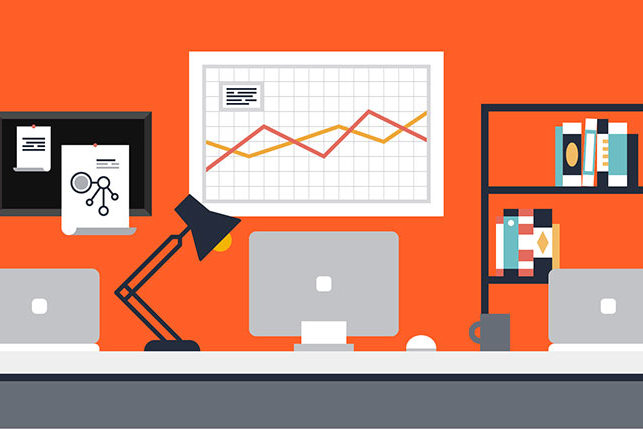 The technological evolution of the internet environment and the increase of its audience worldwide have generated great changes in the advertising sector. This great generational change, added to the effects produced by the recession and the economic crisis, have been sufficient reasons for brands and advertisers to modify their strategies and tendencies towards supports and digital media such as the internet that continue gaining more confidence each day.

However, despite the growing popularity of advertising and online marketing strategies, the bases of its operation and sustainability are being questioned by the vast majority of media and media that operate through the network.

Seekers, social networks and media capture most of the advertising pie on the Internet, but in some of these cases, the return and benefits generated seem to be insufficient or a guarantee to support some of their business models.

In the case of digital media, establishing a business model based exclusively on advertising becomes difficult and very risky. However, for this type of media it is vital to have an important source of income that allows to maintain a competitive professional and editorial environment.

The Internet medium seems to force a direction to follow with its own voice. The fashion trend points to social networks as the best supports for brands and advertisers. However, despite the fact that these types of networks continue to grow in audience, the effectiveness of their advertising continues to be debated and questioned.

The business of digital advertising oriented to the internet medium owes part of its success to pioneering companies that marked a starting point from which to evolve. However, many of these companies have caused a devaluation of the supports and their quality, in relation to the cheapening of their costs in favor of the advertisers.

Up to this point, we could assume that this has served to encourage and convince advertisers to invest in this medium. However, the problem generated is simple. Advertising is not really a profitable business for the vast majority of professional media that operate through the network, or at least, it is not helping to achieve the aims and objectives for which it was conceived.

We could use a hateful comparison. As occurs in sectors such as agriculture, the product has gone from a direct trade relationship to be distributed by intermediaries to reach the final customer, and in this process, much of the benefit received by the media has been lost. Despite being considered a fundamental process of trade, this does not stop being unfair when the benefits are minimal and disproportionate. For this reason, many of the major media are beginning to dispense with this link in the chain to market their spaces in a much more direct and profitable way.

Much has been discussed about the different advertising systems based on the CPM, CPA or CPM. All of them maintain a common denominator for the advertiser, “seek the highest return by making the least investment.” Although in theory this statement could be counterproductive, the average cost established in the market suggests the difficulties of the media and means to generate sufficient profits and income necessary to make profitable and sustainable their businesses. Although there are variations in the estimates and costs between each of the media or media, the market imposes its strength and sometimes quality is excluded and out of play. It loses its value.

Outside the internet, advertising seems to maintain other very different rules. As if it were another reality, the big brands invest money in sponsorship, branding and branding advertising actions to gain visibility and generate a continuous impact. However, “Branding” is positioned in the last ranking of online advertising. Almost a forbidden strategy and not because of lack of effectiveness precisely, but because advertisers know that they can take advantage of other forms of advertising that allow these strategies to be covered up without costing the real value of them.

To protect this flank, another strategy based on conversation and user participation has been ingeniously generated to generate greater expectation around certain companies and brands. Social Media Marketing, as it has been called, has acquired great prominence as an innovative trend for brands, although to promote it, it has also been resorted to the idea that starting up does not require a large investment or even that it does not cost anything.

The culture of the free seems to be a drag that drag the Internet and that is an insurmountable barrier. On the internet everything is worth little or nothing, and even the value of journalistic information is reduced to ashes. Hopefully this does not happen in the online advertising market because it could presage an unexpected future.