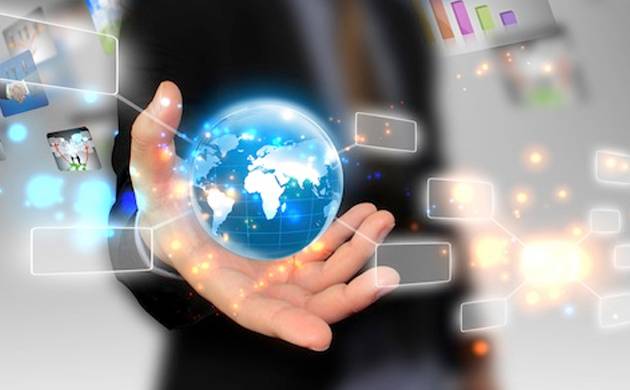 ZenithOptimedia has slightly reduced its previous forecast of growth of global advertising investment in 2011 to 3.6%, which means 0.5 percentage points less than the forecast made in July. The slowdown in economic recovery in developed markets, along with growing fears of a double recession, has caused some advertisers to cut back on the planned increases in their budget by the end of 2011, but there have been no signs of canceled campaigns or strong budget cuts that marked the beginning of the last deceleration in advertising in 2008. We hope finally that the total advertising investment reaches 466 billion dollars in 2011, compared to 450 billion dollars in 2010.

We have similarly reduced the forecast for 2012: from 5.9% to 5.3%, still a very healthy rate of growth. 2012 is a “four year” year and will benefit from the Summer Olympic Games in the United Kingdom, the European Football Championship in Poland and Ukraine, and the presidential elections in the USA. The rate of growth will also be boosted by Japan’s recovery since the March earthquake, which severely affected media and advertising for several weeks. We estimate that the “quadrennial” effect will add 6.2 billion dollars to the global advertising market in 2012, and the recovery of Japan another 0.8 billion dollars.

Our new forecast for 2013 has hardly changed: 5.5%, compared to 5.6% estimated in July. Shortly after posting our latest forecast in early July, financial markets fell sharply around the world, and have been very volatile since then. The Dow Jones Industrial Average fell 12.7% between July 21 and August 10; the Hang Seng index fell 14.7% between August 1 and 9, and the Nikkei 225 fell 13.4% between August 1 and 22 that same month. Naturally, this has raised concerns that the advertising market may set course for another crisis.

However, the fall of “Black Monday” in 1987 did not cause the slowdown in the most affected markets – in fact, growth was faster in 1988 than in 1987 in Canada, the United Kingdom and the US. The Asian financial crisis did not prevent advertising investment from growing in Hong Kong in 1998 – although growth was slower than in 1997 – and had no effect on advertising in the US. And the strong fall in the Dow Jones in the US after September 11 did not prevent the recovery of growth in 2002, although growth remained weak. In total, half of the stock market crashes preceded an advertising crisis, but the other half of the time it did not behave like that.

Therefore a fall in the stock markets does not mean by itself that the advertising investment is about to fall, it is necessary that there is a causal relationship between the two. This connection may be that an overvalued stock market is supporting excessive advertising (as happened in 2000), or that the market correctly anticipates a sharp decline in world economic activity.

Investment in advertising grew rapidly from 0.96% of GDP in 1998 to 1.05% in 2000. As the dotcom bubble swelled, the creation of new companies channeled the investments of the capital companies risk and the PVOs for the advertising market in search of brand building. When the bubble burst, the advertising investment fell sharply. Since then there has not been an excess of investment in advertising – in fact, advertisers are investing only 0.73% of GDP, less than at any time in history since at least 1980. This is due in part to the contribution growing markets, where advertising usually accounts for a much smaller share of GDP. For example, in China, currently the third largest advertising market in the world, advertising constitutes only 0.44% of GDP; therefore, it highlights its potential for long-term growth as this percentage approaches the world average.

Certainly, there is a risk of economic recession later, but the current consensus is that developed economies face a sustained period of growth below their potential instead of decreasing, while developing markets will continue to grow rapidly, at a slower pace than they did in 2010. Our forecasts are based on the fact that economic growth will remain weak in Europe and the US, but by no means enter a double recession, and the debt crisis in the euro zone will not will worsen substantially.

Developing markets, in general, continue to expand much faster than developed markets, driven by their much faster economic growth. According to our forecasts, North America will grow an average of 3.3% per year between 2010 and 2013 and Western Europe will grow by 2.8%. These regions have reversed positions from our previous forecast, when we expected Western Europe to overtake North America with 3.4% growth versus 3.1% in North America. The continued peripheral eurozone debt crisis has damaged advertisers’ confidence in the long-term growth outlook. We expect Japan to grow an average of only 1.1% per year, after a big drop in 2011 followed for the recovery of lost ground during the next two years.

On the other hand, we estimate that Latin America will grow by 7.1% annually between 2010 and 2013, Asia Pacific, excluding Japan, will experience growth of 10.1%, and Central and Eastern Europe will grow by 10.4%. The exception is the Middle East and North Africa, where political turmoil has disrupted the production and distribution of media, and has made advertisers distrustful of attracting negative attention. We foresee a 14.2% drop in advertising investment in 2011, followed by a very modest recovery of 2.0% in 2012 and 2.3% in 2013, on average, a decrease of 3.6% between 2010 and 2013. The global impact of this will be limited by the fact that the Middle East and North Africa only account for 1% of global investment. In general,