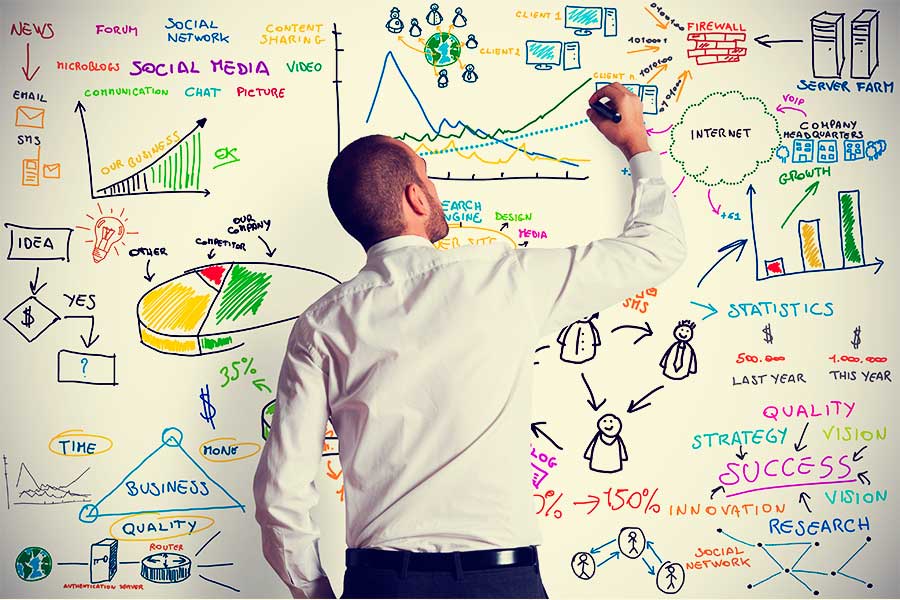 Fluctuations in the CPI, Euribor or in the unemployment rate can have a direct impact on consumption habits, or on how much consumers move to obtain a product. Without a doubt, having this information supposes a competitive advantage in the present panorama in which the differentiation between companies and products is, in the eyes of the consumer, so scarce.

In the first quarter of the nineteenth century a movement appeared in England whose followers, called Luddites, destroyed the machines they blamed for the harsh living conditions of the workers who operated them. It seems that we live a rebirth of Luddism, today projected against statistical and econometric models. Although this criticism has been especially directed to the management of financial risk, marketing also shows a certain distrust towards the object of this branch of science.

We can well say that the questioning of models is one of the side effects that the current crisis has brought with it, although to better understand the phenomenon, it should be remembered that only three years ago faith in them had a certain religious air -believe even without understand- that leads one to reflect on the parallelism with other bubbles, technological or real estate.

Although statistics has been a great complementary tool in almost all scientific branches, there is now an open criticism about the deviations observed in recent times between the forecasts calculated with these models and reality. We should not be fooled and think that all the benefits of models, such as propensity to buy, were mere fallacies. Not at all. But then, why are not they proving as effective as before? Someone might ask. The explanation is that the trend forecasts suffer important changes as a result of the structural changes we suffer and many have not contemplated.

To be able to enjoy models with better prediction power that guarantee the best decision making in terms of campaign launches or selection of points of sale for distribution or in product promotions, for example, it is absolutely essential that they be taken into account the fluctuation of the macroeconomic environment, in plausible future scenarios. Connecting sales forecasts with variables that allow us to define different future scenarios and allow us to measure the range of forecast error will help us make those decisions with greater knowledge.

What should I do to ensure that my forecasts are met?

This has been one of the most frequent mistakes of the marketing departments: to consider how to make sure that the forecasts are met, instead of questioning how to obtain rigorous forecasts. The procedures of analysis of managers (investors and other actors) to qualify the effectiveness of the models have often been biased in the short term by personal economic interest or by a perverse generalization to the long term of short acceptable results.

Also certain consultants, serving as statisticians, have adapted their response to the interests associated with these new needs, losing the necessary rigor in the application of these models.

The statistical procedures require great honesty in their application. Each statement, each formula, obeys a rigorous procedure that requires the validation of the hypotheses from which it departs. In these conditions, the results of the models are unbeatable. To dispense with exhaustive tests for the validation of hypotheses for cost reasons, to prioritize the models because of the ease of obtaining data or the acceptability by regulators and managers or to bias with repeated tests the distribution of the valuation of the hypotheses is a tremendous error.

However, this does not mean that the models are the answer and the rest is left out. Absolutely. The directors of marketing, logistics, commercial, have much to say. But the fact of relying on the use of statistics, quantitative marketing, the most advanced techniques of market research or data mining, will allow them to design their strategies on a rigorous basis, as it will not be based on simple data, but in knowledge, a powerful knowledge. They will have realistic forecasts thanks to the incorporation of micro and macroeconomic data in their models, being able to simulate future scenarios and get ahead to adapt their strategies to market demands at all times to obtain the greatest commercial impact. Do not forget that to decide the launch of a product or a promotion,

Let’s not be like the Luddites. The fault is not the machinery. You have to know how to handle it. Thus, putting statistics at the service of marketing can not only represent a differential condition, but its good use will allow us to place ourselves in a situation of advantage over the competition.