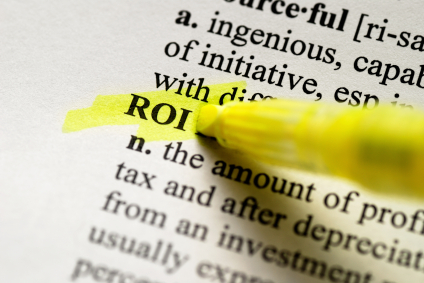 Companies have resigned to not being able to have accurate metrics that enable them to quantify the return on investment to move to establish other more effective indicators.

Social Media is not an exact science, its impact does not result in direct sales or immediate results, but influences various related actions, a really difficult to assess reality precipitously. Its effectiveness results in terms of visibility for the brand and promoting engagement. Evidence of their effectiveness is that the investment of the brands in this area is increasing. In 2014 companies will earmark 9% of its budget to social media, a percentage that is expected to reach 16% in 2018. So perhaps be time for companies and brands understand that ROI is important but not that’s it.

Business Insider report shows the least interest from companies towards the use of metrics to evaluate the impact of Social Media strategy. Between 2010 and 2013 significantly reduced the percentage of companies measuring customer revenue, from 17% to 9%, according to the survey published by CMO. Meanwhile, the number of companies conducting track conversion also declined, from 25% to 21%.

When evaluating the effectiveness of the strategy on social networks, it is important to measure it in terms of responsiveness, quality and number of interactions. To do so, Facebook’s own statistics provide juicy information that will be useful. Especially considering the intrinsic characteristics of each medium, as for example in Facebook the message shown only 16% of the fans. In this case, it is especially important to encourage interactions by fans, since this significantly increases the impact of actions (between 29% and 35%), with the addition that the influence of our contacts on the target audience is always greater than the brand itself.

On the other hand, it should be noted that social networks are present throughout the process. Contribute to generate awareness, they serve to reinforce the message and are a source of top-level information for customers. As a prominent example should note that Pinterest is the social network that most referential traffic reports.

This does not imply that radically reject the idea of measuring ROI. But yes you have to know where you can apply. Such is the case of concrete actions on social networks that pursue a direct response from users. A thorough study of the response rate customers can find out which stocks perform better, or where they are wasting resources. This will make it possible to strengthen the strategy using the strengths and redirect budgetary distribution, and find other ways to reduce investment.

Definitely in Social Media, metrics are not everything. Its effects permeate all aspects taking part in the brand and the target audience. Hence the need to remain attentive to the needs and requests of customers, and use these channels to go directly to them and gain their trust.