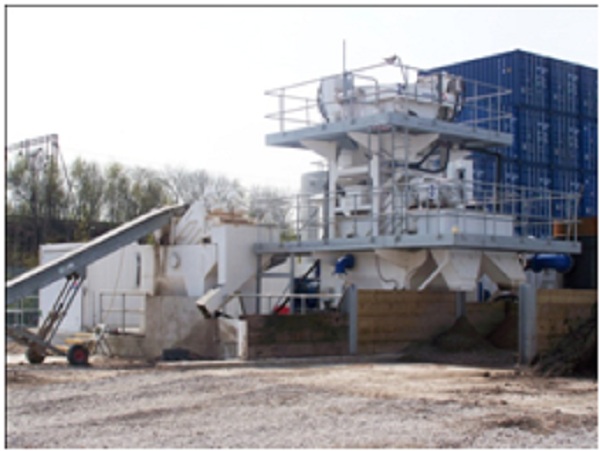 The removal of contaminants and pollutants from soil has long posed a serious challenge. So-called brownfield land presents a tempting offer for investors in construction. “Brownfield” indicates that the land was previously used for industrial purposes and is likely to be polluted, but once it is cleaned up, it can prove a much cheaper construction option than unpolluted sites.

During the industrial revolution, factories, mines, and smelters were central to Britain’s economy, but since then, these facilities have led to the contamination of large areas of the country with toxic chemicals and heavy metals.

Current methods used to remove pollutants from soil are costly and inefficient, from heating the soil to several hundred degrees to injecting air into the soil substrate to vaporise contaminants. Research over the past decade, however, has uncovered a far cheaper and more natural land remediation technique in the form of earthworms.

The presence of earthworms in soil acts as a reliable indicator of the general health of the soil. Due to the sheer density of metal pollution in soil, these creatures have evolved a mechanism that gives them the ability to survive in particularly contaminated areas. Researchers at the Reading University found that earthworms produce a protein called metallothinein, which wraps itself around toxic metal particles consumed by the earthworms, preventing them from causing harm.

Earthworms to the rescue?

When these metals are excreted by the earthworms, the metallothinein coating allows plants to draw the toxic chemicals from the soil and incorporate them into their leaves as they would with other nutrients. The plants are then simply removed, offering a sustainable and cost-effective technique for land decontamination.

Of course, there are always downsides. Such a process takes significantly longer than the existing techniques used for soil decontamination employed by companies such as http://www.ashremediation.co.uk/. However, the non-intrusive, eco-friendly aspect of the use of earthworms, which is a matter of simply letting nature do the work, may make it more acceptable to many people.

The use of earthworms comes with several other advantages. They have evolved to the extent that they can ingest a whole range of metals, such as copper, lead, zinc and even highly toxic arsenic. Additionally, the researchers found that worms change colour depending on which contaminants they have consumed, providing valuable information about the state of the soil.