Chinese beer brand Tsingtao is sponsoring ping-pong tournaments for businesses – no members of the public allowed. The excuse is team-building and networking, but the real reason is to drink beer and get to see the rough side of ping-pong. 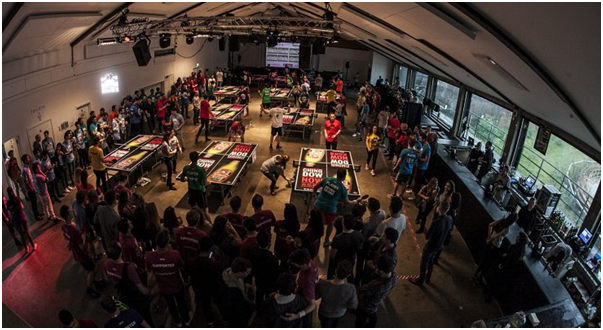 Not for nothing are these evenings called “Ping Pong Fight Club”. There’s a “fighting arena” with eight tables, just like the movie. Well, sort of like the movie anyway. The fact is that the real outrageousness is what surrounds the games – pop-up bars, DJs, MCs, various kinds of zones, robot challenges, team colour face painting and a great bragging opportunity.

Ping Pong Fight Club is really popular with media and digital companies – even the dear old BBC. Spotify, Facebook, Deliveroo, Expedia and Ticketmaster have all taken part. But it isn’t just for big corporates, as the smallest start-up is just as welcome to join in. And for once the events aren’t just London based – Manchester is a popular venue and Liverpool, Leeds and Glasgow are all involved.

Four contestants from each company will battle it out in the regional heats, and then the winners will meet each other in the overall UK final.

This looks like a great way forward for team building corporate events, such as those run by https://www.armourgeddon.co.uk/team-building-corporate-events.html, because it has a competitive element that’s inclusive. Even people who don’t like, or can’t do sport, can join in. And we know that diversity helps build great companies. 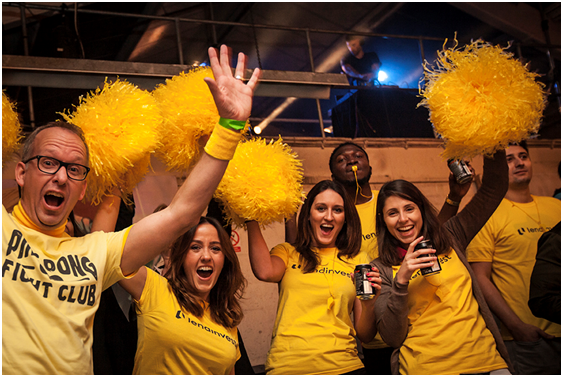 Of course, some businesses love competing, so you’ll often find business competitors battling it out in a fun and friendly environment. And the fact that staff get complimentary drinks and a range of other promotional goodies helps the evening go with a swing.

During the event, they hold an online raffle, which last year included opportunities for winning drones. The proceeds from the Manchester evening will go to victims of the Manchester bombing.

And the event isn’t dependent on the weather – extreme heat or torrential rain have ruined many a carefully planned team-building event before now.

But why stop at ping-pong? Why not extreme tiddlywinks or skittles? After all, beer and skittles have always gone together, even if Chinese beer is something new in the mix.