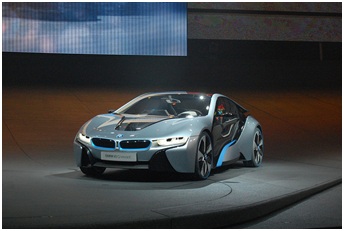 We’re constantly being told that we need to go green in order to save the planet. We recycle and try to cut our domestic energy consumption, and the desire to go green is spreading to the cars we drive too.

Of course, many people think that to be green a car must be electric. Whilst there are increasing numbers of all-electric cars, such as the Nissan Leaf, on our roads, there are other eco-friendly alternatives.

Hybrids, for example, were thought of as a bit weird when the first models came out, but they’re now a mainstream choice with models available from many of the major manufacturers, and they’re becoming more affordable, according to Telegraph.

There are increasing numbers of plug-in hybrids available too that allow you to charge the car’s battery from your domestic power supply. You still have the reassurance of a petrol engine to provide extra power for longer journeys, so you won’t suffer from the range anxiety of a purely electric car.

If you’re thinking, “when I sell my car I must get a hybrid,” however, then you haven’t looked at how the rest of the market has changed. The latest conventional petrol and diesel cars are cleaner than ever too.  Why not give the car a spruce?  Cambridge Powder Coating Alloy wheels company www.acefinishcarrepairs.com or others could give your clean car a great look and feel.

The top five green superminis include only one hybrid. The rest of the list is made up of conventional cars that are designed to provide maximum economy and minimum emissions. Many of the latest generation of cars will exempt you from road tax and the London congestion charge.

If you’re not ready to change your car but still want to cut your fuel bills, you might want to consider an LPG conversion. This isn’t cheap, as it will cost you between £1,500 and £2,000, but it can save you as much as 40 per cent on your fuel bills.

LPG-powered vehicles produce 20 per cent less CO2 as well, and produce fewer particulates than diesel, so if you’re a high-mileage driver the cost of a conversion may be well worthwhile.

There are some downsides. You’ll have to sacrifice some boot space to accommodate the extra fuel tank, for example. Also, LPG isn’t sold at all filling stations, so you’ll need to check availability. You can still use petrol as a backup, though. Check with your insurer too, as some will charge more due to the car being converted.

If you have a diesel car that isn’t suitable for LPG, there’s another alternative in the form of biofuel. This is made from plant material and recovered oils and fats and offers a cleaner option. Indeed, much regular diesel now contains a mix of up to five per cent biofuel.

Going green in your motoring life isn’t as difficult as it was a few years ago. And as you’ll have seen from the above, there are plenty of options to consider, whether you’re changing your car or sticking with your old one.