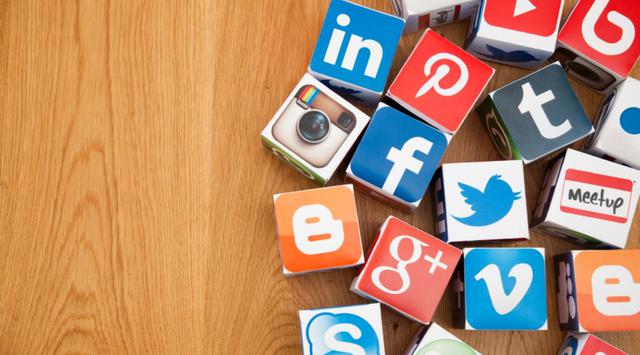 When we think of social networks, we will quickly come to mind platforms like Facebook, Twitter or even LinkedIn. But if we want to know where this authentic social revolution began, we have to go back several years. Many other platforms were the forerunners of what we know today as social media. Some of them opened the closure in the 2.0 universe almost 20 years ago and no longer even exist.

The agency Hydra Social Media seeks to pay homage to all of them, both those who continue and those who do not, through its Facebook page converted into a kind of time machine, tells us chronologically the history of social networks from his biography, with special emphasis on those that were pioneers at the time.

Milestone after milestone, you can see which came before and what after, the figures that were getting year after year or the relevant changes that each platform lived. A different and very visual way to tell the story event by event, accompanying these images and links that invite easy and enjoyable reading. And of course, a good opportunity to do a thorough review of all social platforms.

For example, does anyone remember Geocities? Although perhaps not as we conceive them today, could be considered the first social network of history. In 1994 a free webhosting service was created in which users could create their own web pages and accommodate them in certain places according to their content.

In 1995 the following social media step is given: Classmates.com. A social platform to find former classmates. For many the first of social networks. That same year comes TheGlobe.com, and with it the ability to customize the users’ own experiences by publishing their own content and interacting with other people with similar interests.

In 1997, Sixdegrees.com appears, the first social platform to create a profile, group direct contacts and exchange messages with them.

1.999 is the year of blogs. They are born Livejournal and Blogger so that their users can create blogs and newspapers online.

In 2001 Ryce.com was born, the first social network specialized in the professional and business sector. And that same year the omnipresent Wikipedia to which we have so much to thank.

In 2002 the first social music platform Last.fm and Fotolog, the first social network born with the purpose of sharing photographs, came to light. It is also the year of Friendster, the first to have an intelligent system able to relate to the users of the network according to their tastes. It allows users to get in touch with other members, share content online and comment on it.

And we arrived at 2003, a great year of news. Photobucket is born sharing more images. The well-known LinkedIn and Wordpress, the Xing professional network, Hi5 and the social bookmarking service Delicious appear. But above all is the year of Myspace. Myspace will make history in the following years being the most visited social network of the world between 2005 and 2.008.

2.004 is also a very fruitful year. They are created Orkut from Google and Flickr. Also appears that is possibly the first social network created to share videos: Vimeo. And of course, and above all, it’s the year of Facebook, which has no words left.

2005 is the year of Yahoo 360 (which could not survive the present), Bebo and Dailymotion . Ning also appears, a platform that allows you to create   social websites. But if you have to choose premiere, this is the YouTube.

In 2006 the best social network is created Made in Spain: Tuenti. SlideShare also appears to find the best PowerPoint presentations. And of course, it’s the Twitter year.

In 2,007 are born blogging platform Tumblr, Gowalla, the first social network based on geolocation,  Scribd, the world’s largest online library, and Stumbleupon, an ideal social platform for a completely personalized search websites, interesting photos and videos.

In 2010 the social network of fashion is born: Pinterest. But also, and not least, comes the fashion app: Instagram.

In 2011 Google+ is created to make direct war on Facebook. Although it seems that Zuckerberg’s army is winning at the moment.