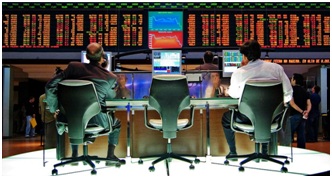 The inconceivable now seems to be near inevitable, as Donald Trump lines up to be the frontrunner Republican candidate and sets his sights firmly on The White House. It’s a staggering state of affairs for many reasons, not least the fact that the billionaire has never held an elected office.

From a political perspective, this means that two of the least popular candidates on record are now going head to head – Clinton and Trump. Polls do currently point towards Clinton, but Trump has the lead in economic polls, with his new campaign pledge to make the USA ‘Great Again’.

What about investors? Nervous investors across the world are already dealing with the uncertainty of China and Britain’s Brexit vote, so the spectre of a Trump presidency simply adds another layer of concern to the mix – all of which affects market prices.

However, would the news be all bad? Trump’s hardline views on immigration have made headlines – but his economic views also represent a significant departure for the party that has traditionally supported the free market economy. Trump, however, has protectionist views, seeking to bring trading tariffs into play.

Trump’s economic plans could indeed pose a danger of instability, especially if trade wars began as a result of heavy tariffs. Other measures however, such as planned tax cuts, can look pro-growth. This could, of course, just be a campaign headline, but the US government system is very different from the EU’s, with Congress having already greatly limited Obama’s moves during his term.

On the plus, America does have its powerful central bank, and the Fed is the primary liquidity provider to the world’s entire financial system, with its monetary policy decisions having knock-on effects for currencies worldwide.

British investors therefore needn’t wait to see the outcome of the US election, as market indicators already suggest that American shares are overpriced. Regardless of who gets the presidency, investors can continue to make their investment decisions based on underlying fundamentals, and may well decide to look elsewhere for better prospects for the time being.