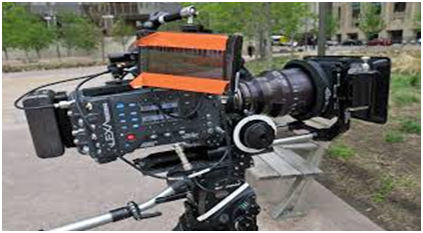 There are a huge number of different cameras in the world today. The human race is obsessed with watching itself, capturing moments and developing technology to broaden the applications for cameras. We can now place tiny cameras inside people to diagnose illness and capture images of distant stars. Maybe because our time here on earth is so fleeting, we have a great desire to see and capture as many moments from our lives as possible. Here we take a look at just some of the vast array of cameras we might come across in our daily lives.

Camcorder – these cameras are popular for recording events such as family celebrations and weddings or holidays. It is a portable, self-contained device with a primary function for capturing and recording. We’ve probably all seen one of these at some point.

Digital Camera – also known as a digicam. It produces digital images that can be stored on a computer, displayed first on a screen and then printed. Most cameras these are digital and have been incorporated into mobile phones and PDAs.

High-speed camera – it’s unlikely many of us will have one of these but it’s a camera capable of image exposures in excess of 250 frames per second. They are used for capturing extremely fast moving objects and the images, after being stored on a computer, can be played back in slow motion. Such devices are essential in things like vehicle impact testing, scientific study and ballistics for example.

Body Worn Cameras – this is a video recording device that is most often employed by law enforcement to capture interactions with the public or gather evidence at crime scenes. For more information, visit http://www.pinnacleresponse.com/body-cameras-and-the-law/.

Movie Cameras – traditionally they used film but these days almost all movies are shot using digital movie cameras. Whilst there are lower cost consumer versions, most movies use a professional camera designed for high-end digital cinematography. They would have large sensors, selectable frame rates and high quality optics.

Point and Shoot Cameras – also called a compact camera and was designed for simple use by anyone. They are quick to operate with most using focus free lenses or an autofocus feature. They include automatic systems for setting the exposure and have a built-in flash.

Remote Camera – this is a type of camera that might be placed by a photographer to get shots that they wouldn’t normally be able to get. Areas with tight access, small spaces, where access is forbidden or just to get an unusual or unique angle on something. Sports and nature photography frequently make use of remote cameras.

Thermal Imaging Camera – this device is used in firefighting. The camera renders infrared radiation as visible so firefighters can see heat through smoke and darkness. They are often handheld devices but could also be helmet-mounted and are constructed to be heat and water resistant.

Traffic Enforcement Camera – we’ve all seen these and know that they are mounted beside, over a road or inside an enforcement vehicle to detect traffic violations such as speeding, ignoring a red light, driving in bus lanes and driving without paying a congestion charge in the capital.