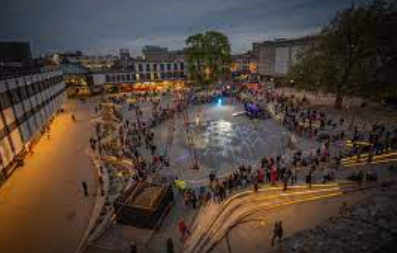 Space and how it is used is an essential part of human existence. Our town and city centres have been places that have been used for so many things, including celebration, commemoration, mourning, commerce, social protest and just a place to socialise and meet friends in. One of these is Gloucester’s Kings square. It’s been the site of many different changes down through the centuries. Gloucester has been a place that has seen people live within its boundaries since the Iron Age. It’s still a place where people come to live. You just have to look at Gloucestershire Park Homes to see a modern example. www.parkhomelife.com/our-parks/orchard-park-homes-gloucester-gloucestershire is where you can go to see the new and contemporary Gloucester. 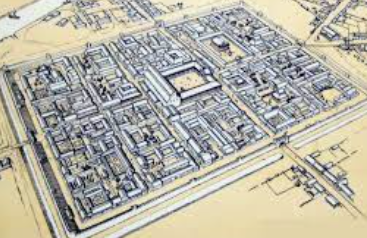 Kings square is in the centre of the City. The site’s history can be traced back many hundreds of years. It was initially the site of the Forum when the city was known as Glevum. This was a significant part of the Roman Empires’ presence in Britain. Glevum began life as a Fort to protect the area from parts of Wales and to support Corinium, now modern Cirencester, up the road. However, it became a Colonia when Wales was subdued and put under the Roman yoke. In other words, it was a place where legionnaires could retire with a pension, land and a townhouse. This influx of money and influence was further enhanced by the trade that came to the city from the Severn Sea, as the Bristol Channel was known back then. This money meant that the residents of Glevum could afford to add additions to the town. Large walls and gatehouses were added to the city and reinforced it. This wasn’t greatly needed but was created more to show off. The most impressive addition was a Forum. This was where the decisions of the city and local area were made and debated.

As Kings square developed through the centuries, it remained a place where people would meet. It was a medieval market place then a Bus station. With the coming of the car it became a car park for the city centre shops and then an open meeting place with decorative fountains. It has just undergone another transformation to become a meeting place and focal point, just as it has always been.